As mentioned in my Final Fantasy Adventure review, Secret of Mana on the Super Nintendo has been one of my favourite games for a long time. When I first played it there really wasn’t much else like it - sure the Legend of Zelda games were great action RPGs in their own right, but Secret of Mana successfully combined the class based magic and levelling systems of the Final Fantasy series with an action packed fairy tale full of vibrant colours and sounds.

Despite my fond memories of playing Secret of Mana up until a few weeks ago I had only played it to completion once in the mid 1990s. I was interested to play through it again to see how well the game has aged over the last few decades.

On my original playthrough I was unaware of the various development pains that the game had went through - gaming journalism then wasn’t quite as extensive as it is now. Here are a few notable pain points:

I’m fairly certain if any studio other than Square in its prime tried to create this game the results would have been vastly different - and not in a good way. 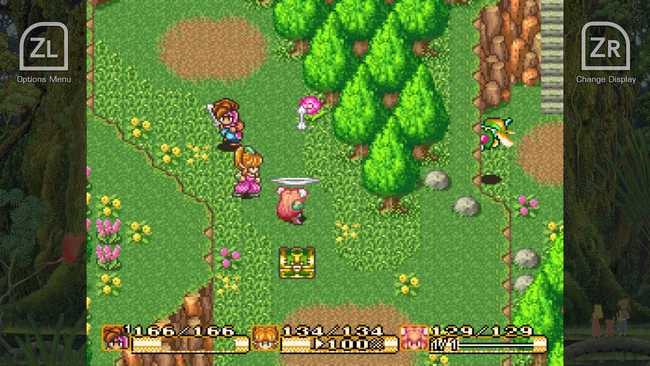 In my opinion the defining trait of the Mana series is the able to immerse the player in a world that looks and feels like an impressionistic watercolour painting.

Secret of Mana is the first game in the series that fully establishes this aesthetic as Final Fantasy Adventure looks like any other RPG on the Game Boy. (Sure it could be argued that some of the Mana universe can be seen in the enemy design of Adventure, but in my opinion these aren’t prevalent enough to really represent the Mana aesthetic.)

Compared to other Square games from the same era (Final Fantasy IV and V, Romancing SaGa) the world feels alive. Shopkeepers dance, grass sways, and enemies bounce around the screen with reckless abandon. While I think a properly done modern remake could breathe even more life into the game, Secret of Mana stands in stark comparison to how still the worlds of other action RPGs of the time felt.

I think it’s obvious that I’m trying to say that the game has aged quite well graphically. Nobody would mistake it for a Playstation game, as it’s very obviously a 16 bit experience, but the feeling of the world the developers tried to create still feels vibrant and fresh. 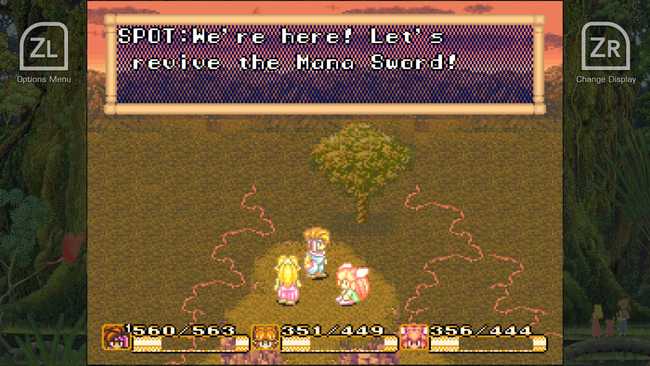 A large part of how the world’s charm is conveyed to the player is through the incredible soundtrack by Hiroki Kikuta. This game was his first ‘big’ project with Square and the amount of work that he put into it shows. There are games that technically do more impressive things with the SPC700 chip in the Super Nintendo, but Secret of Mana’s soundtrack manages to give a unique and charming feel to the whole game. Every track feels like it belongs to its situation.

My one complaint about the soundtrack may stem from when the game transitioned from CD to cartridge. The music shares some channels with the sound effects in the game, so when sound effects are playing some of the instruments in the music cut out. It’s a shame, because when this happens some of the compositions fall flat on their face. I think this is one area where the transition from CD to cartridge caused a few compromises, as I assume the audio was intended to utilize the CD system’s hardware.

Another defining feature of Secret of Mana was that it let you play with two friends at the same time. This was almost unheard of at the time of release: a deep action RPG that actually included other players. While it sounds like a gimmick this is the best way to play the game. There are a few rough areas, such as how opening the ring menu pauses the game for all other players, but for the most part being able to share the adventure is a great addition. (Interestingly enough this wasn’t originally planned - it was only added after the developers realized they could easily drop it in.)

What’s not so good

You may have noticed that I haven’t said much about the actual gameplay. While Secret of Mana holds up as an aesthetic triumph the gameplay has not aged quite as well.

Enemy AI is clunky and unbalanced - when enemies are difficult to fight it’s not because they’re actually challenging, but moreso because they’re attacking you so frequently that you have no hope of responding.

Secret of Mana has always been infamous for how much of a pain it is to deal with your allies when you’re not playing with a friend. On my most recent playthrough I felt this in spades - you’re constantly having to go backwards in order to help your AI friend get around an obstacle. Dealing with poorly implemented AI companions in 2020 is much more painful than it was in 1994. 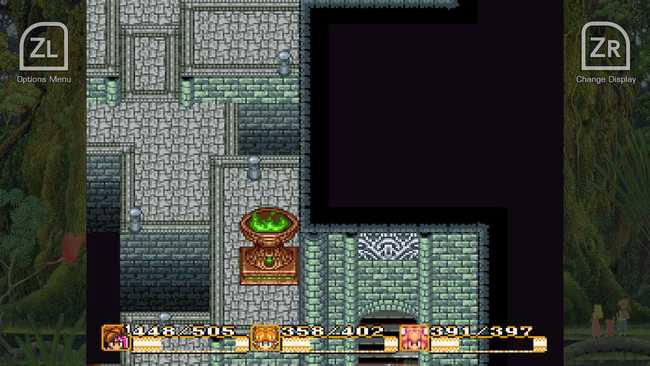 I got stuck in the wall and had to reset - frustrating

Boss battles are for the most part satisfying, but if you’re playing by yourself it becomes a hassle to constantly switch to your black magic user in order to cast spell after spell. You can’t cast magic as another player while charging another player’s weapon, so if you want to use magic during the fights you won’t be able to use your hero character to attack as much as you’d like.

I didn’t care for the weapon charging mechanic either - I felt like I spent half of the game holding down a single button while listening to an annoying alarm that caused my character to walk at half of their normal speed. After doing some reading I realize that the battle system is a take on the Active Time Battle system from the Final Fantasy games, but some parts feel clunky in an action RPG. There has to be a better way to reward the player for timing their attacks strategically than making them hold down a button for several seconds. If this isn’t possible at least don’t play a nagging sound effect while they charge!

As I mentioned earlier, the translation was a rush job. There are numerous typos and near intelligible tidbits that villagers share with you. There are several ROM hacks that claim to provide a better translation but I’ve never played them. Thankfully the bad translation doesn’t make too much of an impact as the majority of the game’s feel comes from the graphics and sound rather than the dialogue. 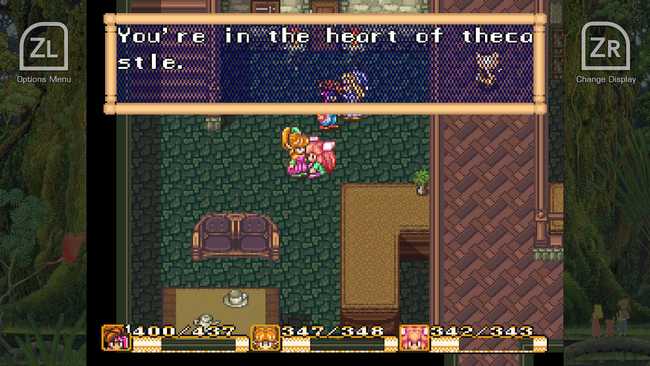 Small errors abound in the translation

I think that Secret of Mana is still worth playing - it’s interesting from a historical perspective thanks to its troubled development history and is a big indicator of the new direction that Square was going in the 90s. And even with the clunky gameplay the charm that the game exudes will keep most players hooked.

Whether it’s your first time or not the world is still a pleasure to immerse yourself in.

If you’re looking for the best way to play it in 2020, I’d suggest picking up the Collection of Mana on the Nintendo Switch - it gives you a few modern conveniences such as savestates while keeping the original game intact. The mobile ports are best avoided as when I tried the Android port a few years back the framerate felt incredibly choppy - I refunded my purchase within a few minutes because it felt so bad. I’d also suggest staying away from the HD remake - I admittedly haven’t played it myself, but reception was lukewarm and I’ve watched a few streams and let’s plays of it. It just seems to lack what made the original game work.

Sooner or later I’ll post a writeup about Trials of Mana, the direct sequel to Secret of Mana. It’s an interesting expansion of what made Secret of Mana so memorable and has its own remarkable history. 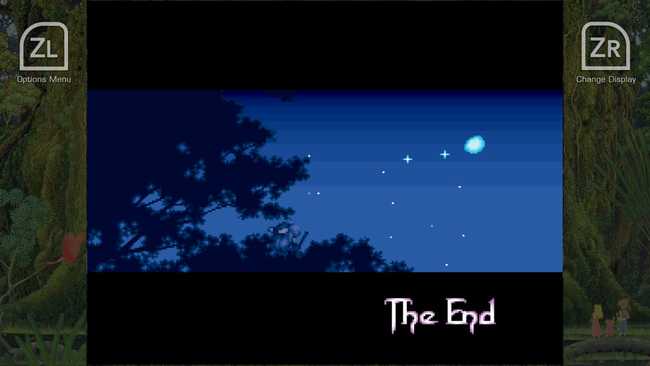